Rarely does a mass-participation race have so much history. This Sunday will see the 50th running of the Three Peaks Cyclocross race. 38 miles of tarmac, wet tussocked fell side, limestone, millstone grit, steps. Much, much more than a “just” a bike race, it isn’t an overstatement to say that it has reached iconic status. It is fair to say then, that it was with a mixture of giddy excitement and trepidation that I received my confirmation-of-entry email a few months ago. Twitter had already begun to bristle with similar statements of relief/panic/joy as I checked my hotmail. This seems to reflect the entire feel of the race; a sense of community. Maybe, it is because for many, it is less a race than a personal challenge. Against a psychologically daunting course. And, while, on the day there will be spikes of competitiveness, for the time being the event itself is enough.

Never have I witnessed so much discussion around “what tyres”, “what ratios”, “what fuel”, “what strategy”? I’ve even been sucked into said discussions, and spent longer deciding on kit than I have for 24 hour races, or multi-day adventures. Perhaps it is down to that course, and the sheer variety of the terrain. There are points at which it would appear that the following would be the ideal choice:

This inevitably leads to compromise. Especially for someone like me who doesn’t have the resources to bring spare wheels, or a spare bike (check out Alan “Crossjunkie” Dorrington’s plans here). Where the compromise falls, seems to depend on budget, preference and maybe experience.

Experience… hmm. I’ve not done this race before, and it really is pretty unique. I’ve frequently been told that nothing will compare. Guess I’ll find out on Sunday. This does make training a little more of a challenge though. So, variety has been the spice of life for the last couple of months. Interspersed between the usual “I’m going out for a ride” type training (also known as having fun on a bike), I’ve been running a little more than normal, including all the fun of hillsets up on Ilkley Moor. Ideally I would have been doing this with a cross bike on my back, but I decided to sell my old one and buy a new one (more below), leaving me without a tool for the job for a while. I’ve done the odd fell race (including twisting my ankle at Lake District Mountain Trials after an embarrassingly short distance). I’ve also concentrated on shorter, more intense riding, after the long endurance slogs of the spring and summer. Finally, I did a recce run of the Ingleborough and Whernside sections of the route. I tried to remember a few tasty looking lines coming off Whernside. I have no doubt that I will have forgotten them all by the time I get there come race day. Will any of that make a jot of difference? We’ll wait and see. It’s been fun in a horrible kind of way already.

So. I know the course. I’ve done (some) training. I just need a bike.

My old cross bike was beginning to tire, and I was thinking about throwing some money at it to bring it back up to standard for another winter of 1 hour vomit sessions around muddy fields. As these things tend to happen, I ended up deciding that what I actually needed was an entirely new bike. I sold my previous CX bike and a road bike. I cobbled together meagre funds, and I had a chat with Garage Bikes. I decided that I wanted to go down the disc-braked route for this bike. I have used them on all my mountain bikes for approaching a decade. I love the power and modulation available, and importantly for ‘cross, the consistent performance in wet and muddy conditions. Disc braked cyclocross bikes are becoming more popular, and they seem to broadly fit into two categories. The do-it-all drop bar commuter workhorse, and the race-bred whippet. It is the later that I am interested in. I settled on the Kinesis Pro 6 frame and forks. It fits the bill beautifully, and looks rather pretty too. The frame and forks option also allowed me to spec the bike exactly as I wanted (barring no expense spared uber-bling). So, here it is:

I’ve had the bike for around three weeks, and in that time have done a couple of longer “exploring” type rides, some CX skills practice and a single ‘cross race. It hasn’t taken long for me to feel very much at home. It feels like a cross bike. No big surprises. It is light (sorry, no idea of actual weight), it is just twitchy enough to be lively, but stable enough to not be a handful, have I mentioned that it looks very pretty? There are some thoughtful touches, like a flattened, smoothed toptube which allows for comfortable shouldering. Perhaps though, the it is the disc brakes that make this stand out still. I’ve never ridden discs on a drop-barred bike before. They were a bit of a revelation. Braking from the tops is controlled and a pleasure. Power is ample. I’ve had to learn to feather the rear in particular as it is easy to lock up.

All in all, I like it. A lot. Sunday will be a big test, and should be a real proving ground for the brakes. We’ll see how things go!

Well, I currently have 7. Or 8, if you include the mountain bike I bought for an ex, which now lives in the cellar, one of the only reminders that I used to share my house with someone else.

Now, I firmly believe that 7 is a perfectly reasonable number of bikes. In fact, I could list numerous other bikes I would love to own, all of which are slightly different to the ones I currently own.

But… I’ve had a specific hankering for something specific for quite some time.

I love my cyclocross bike. I love exploring with it. I love racing it. I love my road bike, but I’d like to upgrade it. I love the pretty old Ribble that is propped up, looking sorry for itself at the back of the “bike room”. 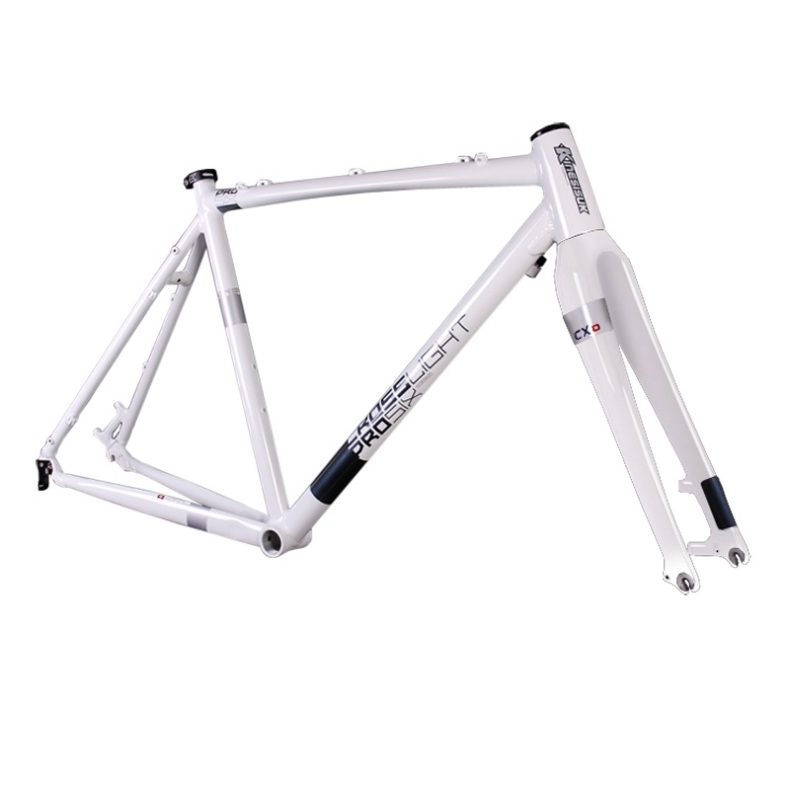 I’ve spent quite a while mulling over what bike/frame to go for. Despite the relaxation in UCI rules, allowing discs on cyclocross bikes for racing, there are relatively few options in the UK. I narrowed my decision down to two. The On One Dirty Disco, and the Kinesis Pro 6 frame.

Garage Bikes have access to Kinesis, so it rapidly turned into a no brainer. I’ve heard nothing but good things about the company. And, while buying the frame and speccing it up may work out slightly more expensive, I will be able to make some personal choices about kit, to suit me.

While I ponder the spec, here is a video of Jo Burt riding the bike

It’ll be strange being without a road bike for a while, but I’m sure I’ll find that next n+1 once my bank account recovers from this purchase.